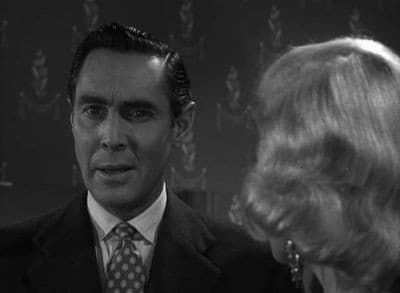 Ralph Cowell is desperate when an old creditor calls him to to settle a large IOU. Ralph kills the creditor but discovers that the IOU was stolen by a bum named Goodfellow. Goodfellow also witnessed the murder and he and a friend begin to blackmail Ralph. They move into his apartment and begin to pawn his valuable belongings. Ralph manages to retrieve the IOU. He immediately evicts the bums. Later, the police arrive. They carrying a a bunch of pawn tickets cashed in by the derelicts. Ralph tells the police that the stolen merchandise belongs to him. He realizes too late that Goodfellow also pawned a cigarette case that belonged to his murdered creditor. He realizes that it is only a matter of time before the police figure this out and discover that he is the murderer.