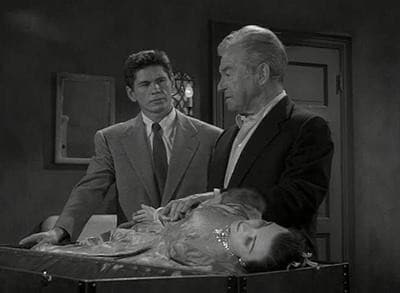 Fabian is a vaudeville ventriloquist. One night, the body of a murdered man named Ockham is found near the theater where Fabian is performing. Detective Krovitch begins an investigation. He learns that shortly before the murder Ockham tried to see Fabian. Krovitch questions Fabian and his wife and notices that Fabian is more interested in his female marionette Riabouchinska than his wife. Later Krovitch sees Fabian act and begins to question Fabian's mental state. During the performance Fabian and Riabouchinska act like two lovers. Krovitch checks the police files for photos of a missing girls. He finds one that has resemblances Riabouchinska. The detective confronts Fabian who admits he had a relationship with the girl and that Ockham found out about it. Ockham also knew that the marionette was created in her image.