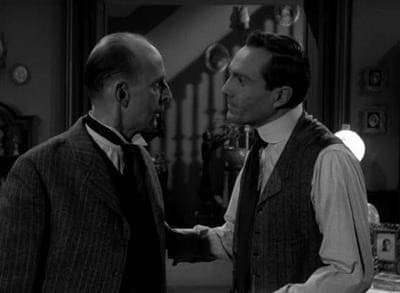 Two brothers named Henri and Paul inherit some money from a recently departed uncle. They learn that they will get even more money when their Aunt Rosalie passes away. Henri and Paul place ground-up glass into the eggs intended for her souffle. Rosalie, however, decides to have fish instead. Paul accidentally eats the eggs for breakfast. After Paul's death, Henri realizes that he is now Rosalie's sole heir. Unfortunately, however, he knows that the police will come and that he will go to jail for the attempted murder of his aunt and the accidental murder of his brother.