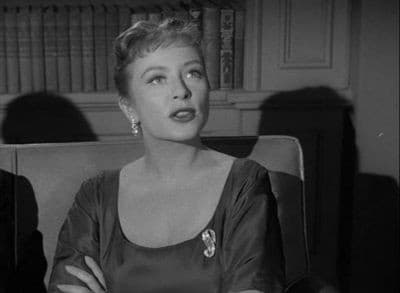 Arthur Arlington is in heaven talking to an angel about his death. He was murdered and wants to know who killed him. The angel permits him to return to earth to recreate the murder scene and learn the murderer's identity. Arthur comes up with a list of suspects that includes his wife Carol, his wife's lover Wally Benson, his secretary Talbot, and his nephew Vincent. Just before midnight, Arthur gathers all the suspects in the library and openly questions them. Each denies that they are his killer. Unable to resolve this puzzle, Wally suggests that the lights be turned off. In the darkness Arthur is again stabbed. He returns to heaven and talks about the murder with the angel. He deduces that only one person would have trusted Benson not to turn the lights back on. The murderer must have been Carol, Arthur's wife.