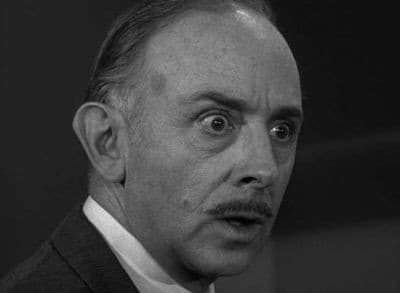 Mr. Crabtree needs money for an operation for his wife. He answers a help wanted ad and is hired by Mr. X. Mr. X wants Crabtree to kill someone who has been blackmailing him. Crabtree agrees to do it for one thousand dollars. Mr. X arranges for the target to call Crabtree for the next blackmail payment. The phrase the man will use to identify himself is 'Do you have a contribution from a mutual friend?' Crabtree is to give him an envelope, which actually contains a suicide note, and is to push him out the window. The man appears and Crabtree gives him the envelope. He then has second thoughts about the murder. He angrily approaches the man who then steps back and accidently falls to his death. The police find the note and presume it was a suicide. While waiting to receive his money, Crabtree is visited by another man who asks for a contribution from a mutual friend.