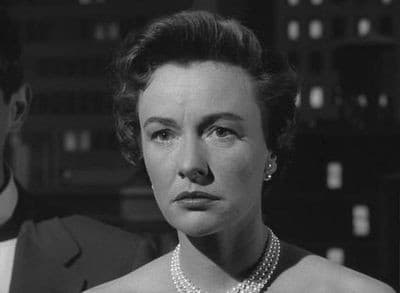 Karen Stewart has a serious drinking problem. One day, her boyfriend Jeff urges her to come to an important cocktail party and she reluctantly agrees. At the party Karen drinks heavily and, to Jeff's embarrassment, she goes to a bar with another man. Jeff tracks her down and urges her to come with him. She waves him aside and promptly passes out. The next morning she wakes up in jail. She is under arrest for the murder of her boyfriend. Apparently, she slashed his throat in a drunken stupor.