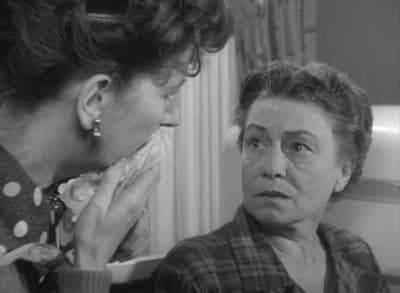 Lottie Slocum is questioned by the police about the murder of Mrs. Nash whom she was baby-sitting on the night of the murder. The police leave after they learn she knows nothing. Lottie is invited over to a neighbors Mrs. Armstedder. At Mrs. Armstedder, Lottie blabs that Mrs. Nash was having an affair with a man named DeMario. Lottie, then, says Mr. Nash had an interest in her. In reality, she is infatuated with the man. Lottie's imagination begins to run wild. She begins to write a love letter to Nash, but never finishes it as Nash appears and strangles her.