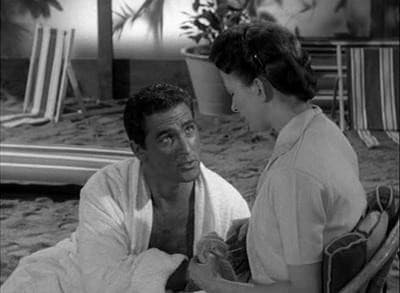 Irene Cole and her cheating husband go to Palm Beach. There she meets two men: Randolph Burnside and Prince Burhan. The prince falls in love with her and vows to commit suicide if she does not leave her husband. She refuses. He accidentally kills himself in a car accident. Irene is very upset. Randolph then learns that the prince was after Irene for her money. He also finds out that he died because his car's breaks were accidentally disconnected by a mechanic. Randolph tries to tell Irene but discovers that she is a changed woman. He husband now adores her and attends to her every need. Deciding not to ruin things, he doesn't tell Irene about the Prince.