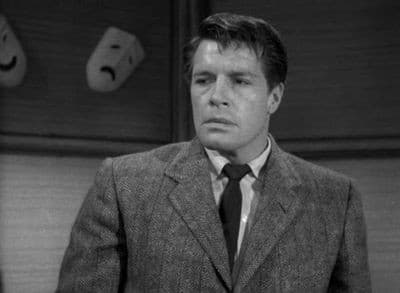 Gil Larkin is secretly in love with a married singer named Mona Cameron. Mona tells him that she is being abused by her husband. Gil goes to her husbands office to confront him. He is on the phone. A man with a gun enters behind Gil. Mona's husband identifies him as a man named Ritchie before he is shot dead. Gil is then knocked unconscious. When Gil comes to he sees that the gun has been placed in his hand. He picks up the phone, hears music on the other end. The phone, then, hangs up. Gil is questioned by the police, but is released. He goes to talk to Mona. At her apartment, he puts on a record and hears the same music that ways playing on the phone. He accuses Mona of arranging her hisband's murder. Ritchie sneaks in behing Gil, but before he can do anything the police arrive and arrest the conspirators.