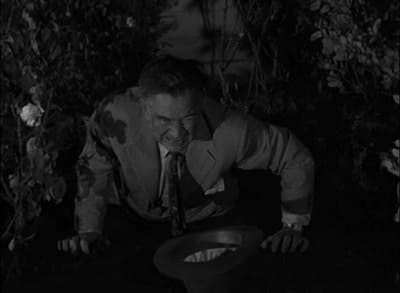 Frank and his wife Mildred are in need of cash as they are approach their retirement. Frank thinks up a scheme where his wife will disappear for seven years. He will have her declared legally dead and they will then collect her insurance money. They set their plan in motion. A detective, thinking that Mildred had been killed, promises to find the body and send Frank to jail. He pursues Frank relentlessly for seven years. Finally, two days before the seven year time limit is up Mildred reappears. She is a much changed woman. She doesn't want to be with Frank anymore and has only showed up for the money. Frank becomes enraged and kills her. Her body is found by the detective. After seven years, he is finally able to charge Frank with murder.