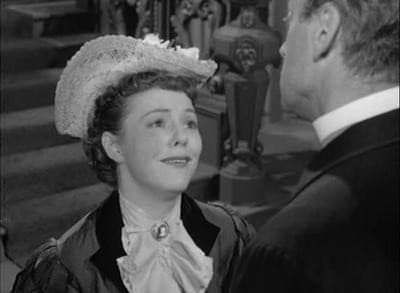 Diane Winthrop comes to the 1899 Paris World's Exposition and checks into a hotel with her mother. Her mother becomes seriously ill. A hotel doctor asks Diane to go out for medicine. When she returns, her mother has vanished into thin air. No one remembers either Diane or her mother. Even the appearance of the hotel room has changed. Diane begins to fear that she is going insane. Fortunately, she is able to solve the mystery. Her mother died of bubonic plauge. Fearing a public panic in tourist filled Paris, everyone in the hotel conspired to make it look as if her mother had never existed.