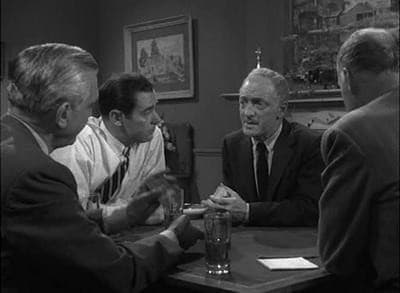 Ralph Montgomery is a real estate agent. He pampers his wife by hiring a cook named Mrs. Sutton. He has second thoughts when he discovers that that the police are looking for a woman who, posing as a cook, has recently killed three people. Having grown suspicious of Mrs. Sutton, Ralph takes a cup of hot chocolate she made for him and has it tested. He is shocked to discover that it contains a dangerous amount of arsenic. He goes home and immediately fires Mrs. Sutton. As she is leaving, Mrs. Sutton tells him that his wife has been cheating on him. Ralph is in for another shock when he discovers that the real cook/murderess has been arrested. Ralph realizes that it must have been his wife that was trying to kill him.