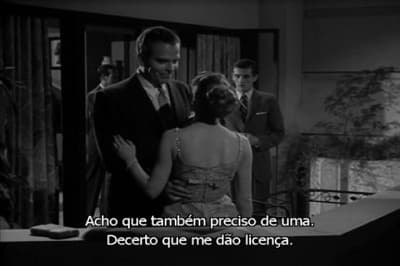 Barbie Hallem drives up to her uncle's cabin. She stops at Ed Mungo's cafe. She learns that Ed's brother Bennie is wanted by the police for having murdered his girlfriend. When she gets to the cabin, she finds Bennie hiding there. Bennie tells her, Ed is the murderer. Ed arrivers later, but is killed by Bennie in a struggle. Barbie and Bennie drive off. Barbie confesses that she had gone to the cabin to get away from her boring boyfriend. Bennies says his girlfriend felt the same way about him and that's why he killed her. The then moves to strangle Barbie.