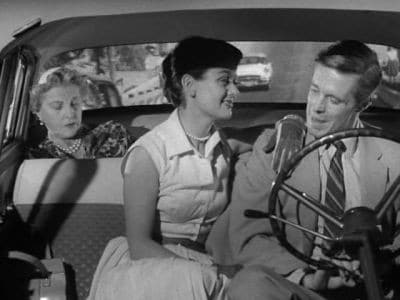 Evan Wallace and his wife Janet take Janet's wealthy mother on an sightseeing trip to Mexico. Janet's Mother suddenly dies in the back seat of their car. They cover the body and stop at a cafe for a soothing drink. When they return, they discover that the car has been stolen. Since they need to body to claim their inheritance, they hire a detective. The detective eventually finds the body at a funeral home. He says he will ship the body to Los Angeles for a small ""fee"". The Wallaces agree and pay him. When the get to Los Angeles, a doctor prounces the body dead but he notes that the body is not that of a woman, but an old Mexican Man.