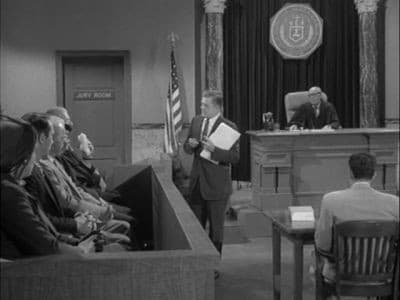 Night of the Execution

D.A. Warren Selvey learns that he's on bad political ground beause of his low conviction rate. He decides to vigorously prosecute a man named Rodman. He wins the murder case and Rodman is sentenced to die. After the sentence, howeber, Selvey meets a man named Barnes who claims to have committed the crimes. Selvey is now being considered a candidate for Congress. Fearing the reprecussions of having convicted an innocent man, Selvey frightens Barnes into silence. The night Rodman is to be executed, Barnes shows up and urges Selvey to call the governor. Selvey refuses and in an ensuing struggle Barnes is killed. Selvey's political ambitions are ruined. Days later Selvey learns that Barnes was a fake. He was a crazy retired judge who would study the evidence of a case and then confess to the crime.