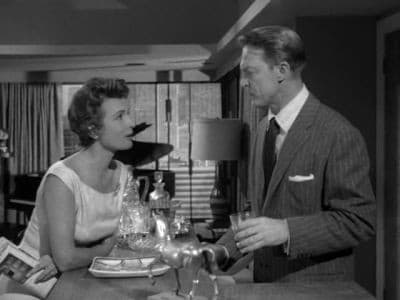 Eddie Slovak meets an old Army buddy named Pete who once saved his life. He intends to repay his friend. He offers him money for a business, but Peter refuses. Eddie tries to talk to Pete's wife Louise. Louise falls for Eddie and the two become romantically involved. Eddie eventually kills her. Later he explains to Pete that he did him a favor since she was cheating on him. Pete calls the police and Eddie is arrested. Pete goes to see Eddie's girlfriend and explains that their plan worked. Louise is dead and Eddie is out of the way. Now, the two of them can be together.