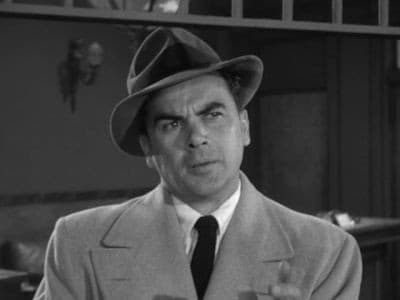 George Piper is a bank teller and gambler. One day, a gambler named Victor arrives at the bank and makes a large withdrawl. Later, George visits Victor and kills him. He takes Victor's money and hides it in a secret place in his teller's cash drawer at the bank. The police question George, but clear him of any wrongdoing. George's boss, however, fires him. He demands the key to the crash drawer where George hid the money in order to give it to George's replacement.