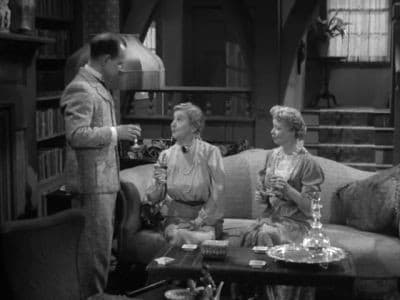 A woman who once accused Henry Dow of a crime enters the town and he invites her to stay with him and his sister. She tells Henry that she is carrying a large amount of money since she is planning an investment. Henry kills her for the money and dumps her body into the river. Henry then attends a dedication ceremony held on a bridge overlooking the river. When a body floats by, Henry is asked to identify it as the missing Miss Wilkinson. Without really looking at the body, he says it isn't her. A police detective asks Henry's sister to identify the body. Before she can have a look Henry confesses to the murder. Unfortunately for him, the body wasn't Miss Wilkinson's at all. It was someone else.