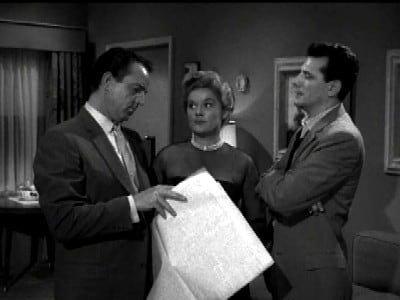 John Kedzie is released from prison after committing a robbery. Only Joe knows where the money is hidden: at the bottom of a mine shaft out in the desert. Maxie and Madge find Joe when he goes to retrieve the money. He agrees to cut them in. Maxie gets greedy and Joe shoots him. Unfortunately, he also puts a hole in their only canteen. Joe lowers himself down the mineshaft with a rope to retrieve the money. He ties the money to the rope and sends it up. When he tries to climb out, Madge cuts the rope and he falls and breaks his leg. Madge tries get away, but she discovers out that Joe has the keys to the truck.