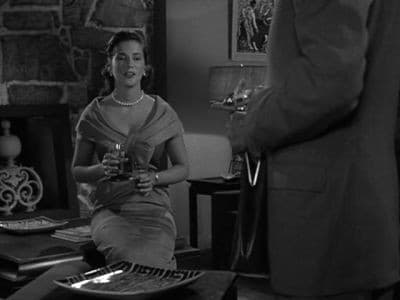 Gerald Daniels is granted a last request on the eve of his execution. He asks for a typewriter. He writes a letter to a newspaper that recounts his criminal career. In the letter he explains how he once murdered a waitress who was trying to blackmail him, how the D.A. convicted her ex-husband of the crime, and how the man had been executed. He writes that he, now, is in the same position: he is going to be executed for a crime he did not commit. Before his death, he wants to testify that the D.A. is not only a sloppy prosecuter, but also a murderer.