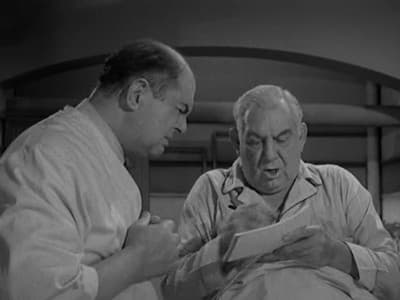 Arthur Motherwell is an undertaker with a strange problem. He has been hired by a family to prepare an extravagant funeral for a wealthy man name Stanton C. Barryvale. Later when he does to embalme Mr. Barryvale, he wakes up and writes down a note insisting that he be given a small funeral: six people, no music. After giving Arthur the note, Barryvale dies for good. Motherwell must decide on which funeral to prepare. He decides on the extravagant one and has the note destroyed.