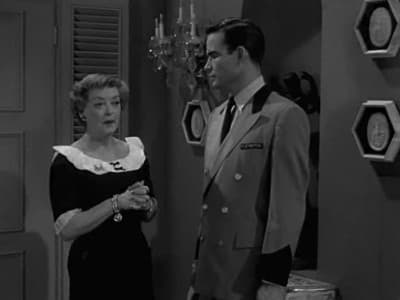 Eddie McMahon in in dire need of money. He asks a rich woman named Miss Fox for a load. She refuses. Later when Miss Fox is walking her dog she is mugged and almost killed. She did not get a good look at her attacker, but she suspects Eddie and tells the police. The police arrest eddie and he is sent to prison. A year later, the real mugger is caught and Eddie is released from prison. Eddie goes to see Miss Fox and she offers him five dollars for the trouble she put him through. He takes it. Later Miss Fox walks her dog and is mugged once again. She is strangled and kill. The mugger is Eddie. He throws the five hundred dollars down next to the body and walks away.