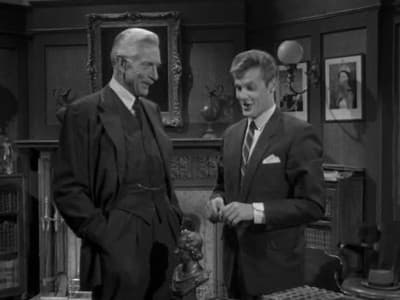 Inspector Benson follows Lady Gwendolyn Avon. It is believed that Avon intends to smuggle a valuable emerald necklace out of England in order to sell it. Benson tries to convince her to put the necklace in a vault, but she refuses. The emeralds are latter stolen. Avon has an alibi and heads to France. Benson follows and talks to the French police who are uninterested in the affair. Benson later meets up with Avon and reveals that their plan worked. He stole the necklace and now they can sell it at a hefty profit.