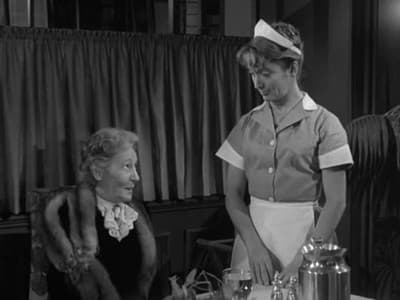 Thelma Tompkins is a waitress who discovers that she is named in the will of a Mrs. Mannerheim who stays at the hotel where she workds. Thelma and her boyfriend then plot to kill Mannerheim. They discover a lethal drug called Anatine. Thelma slips the drug into Mannerheim's food. She does not grow ill, but more lively. Frustrated, Thelma strangles her. At the inquest, however, she breaks down and confesses. She learns that Mannerheim had a heart conditions and that her doctor had prescribed her Anatine to keep her alive.