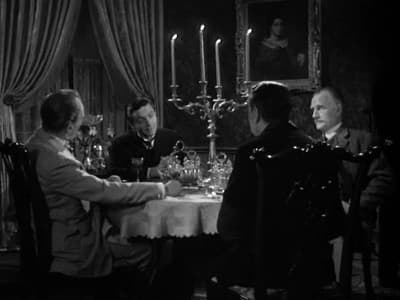 A wealthy woman named Miss Ferguson is murdered and Scotland Yard detective is determined to force the lead suspect John Bedford to confess. He stages an elaborate hoax including an actress named May Thorpe to play the ghost of Miss Ferguson. The hoax goes off as plan, the ghost appears, and Bedford confesses. Later, May Thorpe arrives and apologizes for being late. She also asks if she is too late to give her performance.