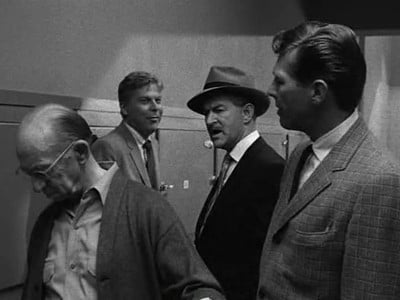 Mr. Bradley decides to play a joke at a mortuary. He pretends to be a corpse and scares an attendant named Pop Henderson. Later, Mr. Bradley is knocked unconscious by a victim of another of his practical jokes. He winds up at the morgue. He wakes up and tries to explain to Pop that he is just paralyzed. Pop doesn't believe him and locks him up in his slab.