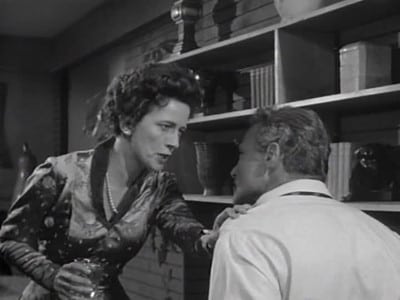 Arnold Shawn is a lawyer who is defending a man invovled in a hit-and-run accident. Arnold's wife Naomi worries about her marriage. She knows that Arnold is seeing another woman. During the trial, Shawn discredits a witness to the accident named Babcock. Without his glasses, he is blind. Later Naomi kills her husband in a hit-and-run. The discredited Babcock is the only witness.