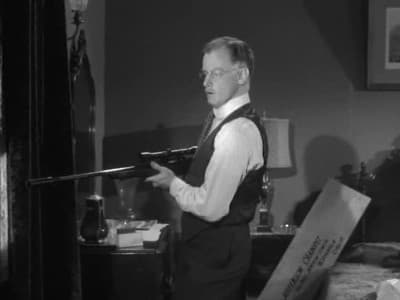 Safety for the Witness

Cyril T. Jones makes guns for gangsters. After he sees two men kill an important witness in a mob trial, he is threatened. The police question him but he gives no information knowing that the mobsters will kill him if he talks. Later Cyril meets up with the two men and kills them with an elephant gun. He gives himself up, but the police refuse to prosecute him.