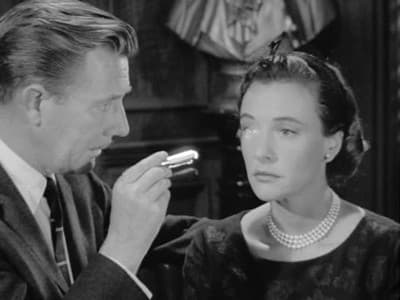 Lucy Pryor is hypnotized at a party by Miles Farnham. In a trance, she claims to be an unhappily married Quaker named Dora Evans. Under hypnosis she promptly picks up a pair of scissors and kills her husband. The police immediately take her into custody. Lucy says she does not remember anything. Later, the police find out that there was a real Dora Evans and that she killed her husband almost a hundred years ago. Lucy is taken to trial. For her defense, she agrees to be hynotized again. She again claims to be named Dora Evans and right in the middle of the courtroom she again kills someone. This time her victim is Farnham, the hypnotist.