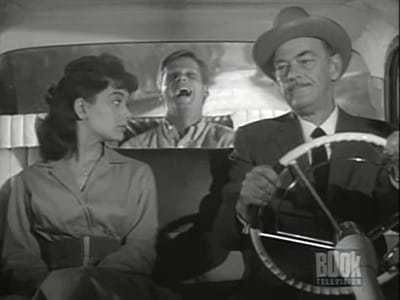 Charles Underhill is driving to San Francisco with his niece Anne. They pick up a hitchhiker. The boy tells them he was once in reform school. Charles grows nervous. When he is pulled over by the police for speeding, he accuses the boy of trying to stab him. The police search the boy and find nothing and writes a ticket for Charles. The boy later reveals that he was sent to reform school for pick-pocketing. He reveals the police officer's ticket book and rips up Charles's speeding ticket.