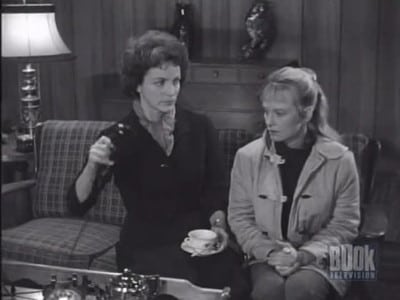 Ida Blythe wants to stay in her summer cottage despite the fact that there is an escaped lunatic on the loose. A strange woman named Madeleine Hall arrives at her cottage and she and Ida sit down for tea. Madeleine tells Ida a story about her aunt. Apparantly, Madeleine's aunt one cut the head off her pet canary. The story upsets Ida, but Madeleine later reveals that the story was a lie. Someone comes to the door. He tells Ida to be careful of the escaped lunatic because she is dangerous. Ida suspects Madeleine and the too soon get into a scuffle. Madeline is knocked unconscious and Ida calls for help. The man who warned her returns. He enters the house and bolts the door. He is the lunatic. When a cuckoo clock startles him, he braks it. He attacks Ida but motions her to the clock. The head on the cuckoo of the clock has been cut off.