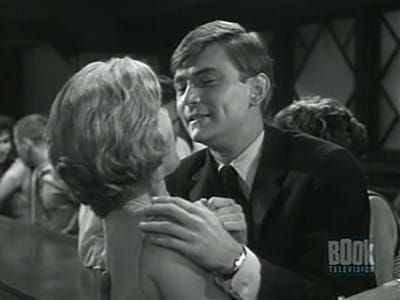 Davy Logan leaves his house against the pleas of his mother. He goes to a bar and meets a woman. He tells her that his father abandoned him when he was young after being caught with another woman. He says he hates his father and grows angry. He grows so angry that he must be restrained and is kicked out of the bar. He goes to another bar. His father used to play piano there. He picks a fight with the current piano player. He again is restrained. He yells that someone is going to die in 'two minutes'. A few minutes later, a news broadcast reveals that Davy's father was executed for murder. Davy breaks down and sobs.