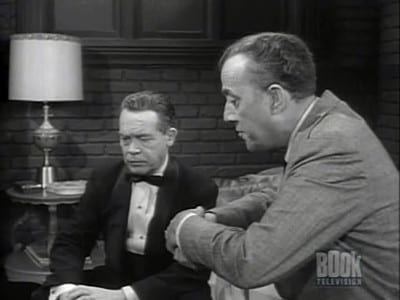 I Can Take Care of Myself

Bert Haber is a piano player who injects himself into a scuffle between a mobster named Little Dandy and a singer. Dandy is punched in the faces and vows revenge. Later, Bert is approached by a man trying to sell him life insurance at Dandy's recommendation. Bert refuses thinking that he can take car of himself. The next day a detective arrives. He tells Bert that his singer friend was murdered last night. The detective wants Bert to testify against Dandy. Bert agrees, but he wants police protection. The detective takes him to his car. Bert gets in a discovers the insurance man. The men work for Little Dandy, and Bert is promptly killed.