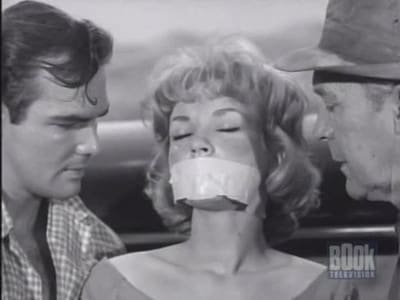 Bill and Andy Davis drive a tanker truck through the Arizona desert. When their car overheats, they see another car get into an accident. They go to help out, but discover a kidnapping victim and her kidnappers: Marshall and Lemon. The kidnappers pull guns on Bill and Andy and then take their truck. Bill, Andy, and the kidnapping victim are left in the desert. Andy knows there is a nearby town. At night they travel and are rescued. Later, there is a search for the kidnappers. They find Lemon's body. He had been shot in a fight over the waterbag. Later, the tanker truck is located. Marshall lies dead outside it. Next to him in an empty waterbag. Later, it is revealed that the tanker truck stolen by the kidnappers was hauling water: two thousand gallons of it.