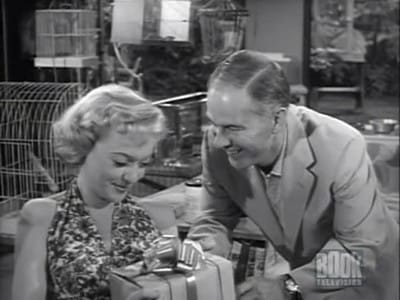 Hermie Jenkins wants to kill his wife Myra. She is an animal lover and so he buys her a poisonous coral snake from a snake collector for her anniversity. Myra opens her gift and at the suggestion of his wife, Hermie leaves for a beer. When he returns he finds that his wife is not dead. She complains to him about the agressiveness of the snake. She gives it to Hermie and it bites him. He drops dead. Later the snake collector reveals that he sold Hermie a king snake which looks very much like the coral snake but is harmless. Hermie did not die of poison; he died of a heart attack.