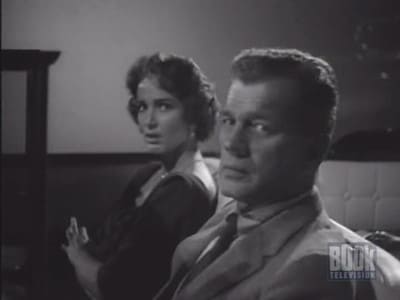 Unknown to his wife, Courtney Masterson has a latenight encounter with his girlfriend at lover's lane. There they are attacked by a robber name Rudy. Courtney manages to overpower his attacker and locks him in the trunk. Fearing blackmail, he kills Rudy after taking his girlfriend home. The tells the police that he acted in self-defense. Later, however, he learns that his wife hired a detective to follow him to lover's lane. The detective knowing everything decides to blackmail Courtney.