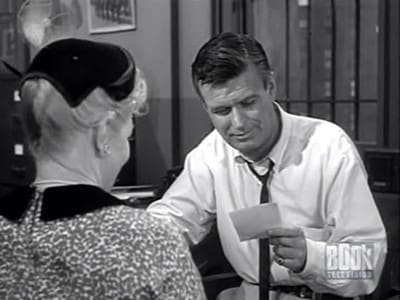 The Man With Two Faces

Alice Wagner is taken to the police station after she is robbed. She looks through a mug book in an attempt to identify the man. Instead of findinger her mother, however, she finds a picture of a man who looks very similar to her son-in-law Leo. When she returns home she asks her daughter Mabel about her husband. Mabel becomes angry and threatens to move out. Later, Alice tells the police about the mug shot and her son-in-law. They say its probably just a coincidence. That nigh, however, the police come to Alice's house and arrest both Leo and Mabel. They tell Alice that if she had went through the female mug book whe would have seen the picture of her daughter.