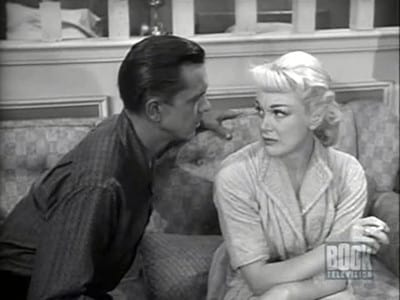 Joe Ferlini is an escape artist who decides to perform a dangerous escape in order to be famous. His wife Wanda who is seeing another man, however, has other plans. Joe plans to be handcuffed, locked in a truck, and lowered into a river. Wanda, however, replaces Joe's key to the handcuffs with a fake key. Joe drowns. At the funeral, a policeman insists that the coffin be open. When it is opened, everyone is shocked to discover that it is empty. Wanda goes insane and is locked up in an asylum. Later Joe's manager reveals that he and Joe arranged to have his body removed if he were to die while performing the river escape. Joe wanted to be known as the greatest escape artist of all time.