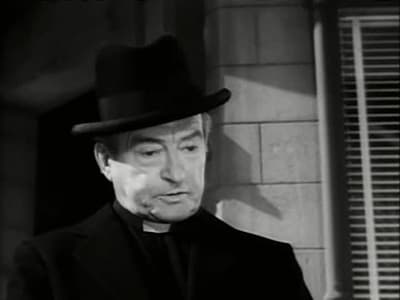 Father Amian is the pastor of a small church. One day, he gets a sizable contribution from a horse race gambler named Sheridan. Sheridan, apparantly, has been praying to win and has been winning. Sheridan then gives the priest a tip on a horse. The priest gives him five hundred dollars of the church's savings to bet on the horse. Later, however, Farther Amian's conscience gets to him. He prays that the horse loses and it does. Later, Sheridan arrives. He tells the priest that he bet his money on the horse to win and it almost did, but suddenly quit. Sheridan also reveals that he was not willing to risk the church's money on a win. Instead he bet on the horse to show. Since it did, Sheridan gives Father Amian the church's winnings: $2,100.