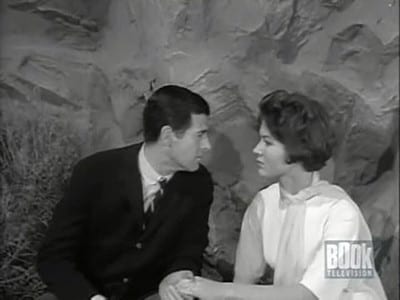 Ben Conant is a con artist that his having an affair with Lisa Talbot who is married to a wealthy man named Peter. One day a detective confronts Ben and tells him that he was hired to keep an eye on him. Ben believes that Peter sent the detective and he and Lisa plan a murder. Lisa tells him that since her husband has once had a heart attack it would be easy to kill him and stage another. Ben confronts Peter who denies hiring the detective. Ben knocks Peter out and puts him in the bathtub. He fills the bath hoping that the police will believe him when he tells him that Peter had a heart attack in the bathtub and drowned. The detective arrives and sees Peter's body. He doesn't believe Ben's story because Peter has had no history of heart attacks. The detective also reveals that he was, in fact, hired by Lisa. Lisa, it seem, conned the man who was trying to con her. She now will inherit everything and Ben will go to jail.