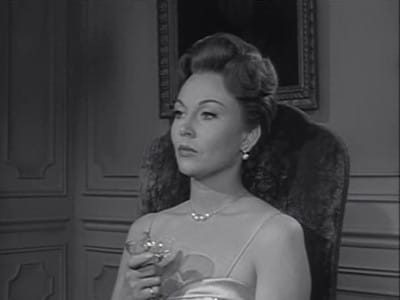 Charlotte Jameson agrees to marry her millionaire boss Howard. Charlotte already has a boyfriend named Mark, but agrees to the marriage after Howard explains he has only a year to live. A year later, Howard is still alive. Charlotte calls Mark, but he urges her to stay with Howard since he won't live forever. Ten years pass and Howard is still alive. Mark see Charlotte and hope to resume their former relationship. Unfortunately she is not interested, but she does take a liking to Mark's seven year old son and agrees to pay for his education. After twenty five years of marriage, Howard finally dies. Mark visits Charlotte and discovers that Charlotte is no longer interested in him. She is going to get married, but to Mark's son who is now twenty-two.