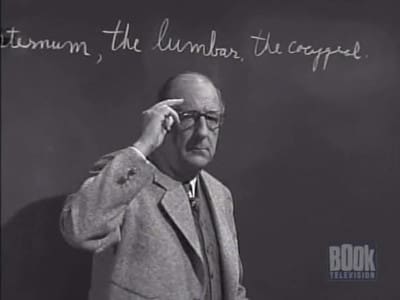 Professor Jarvis is a teacher of anatomy who discovers that one of his students Perry Hatch is cheating on an exam. Perry pleads for forgiveness, but Jarvis threatens to tell Perry's father. Later, Perry visits Jarvis to try to get him to change his mind. At Jarvis's house, Perry sees the professor disposing an old hat box. Knowing that Jarvis's wife has not been seen in a while, he begins to suspect foul play. He examines the hat box and discovers Mrs. Jarvis's favorite hat which she certainly would have taken if she had gone on a trip. Perry informs a police inspector named Roman who interviews Jarvis. Jarvis claims that he and his wife are seperated and denies that there has been any wrongdoing. Roman accepts Jarvis's story and returns his wife's hat. Jarvis takes the hat to his study. He places the hat on a skeleton hanging there and says ""Goodnight, Margaret"".