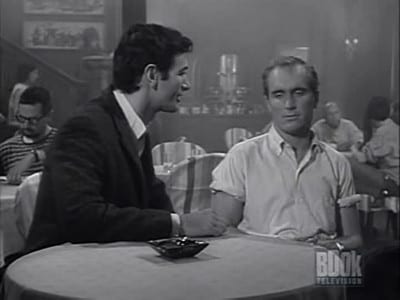 Bart Conway is a struggling actor with a bad temper and a drinking problem. He finds himself competing with a fellow actor Jerry Lane for the part of a strangler in an upcoming mystery. He invites Jerry over to his apartment for a little rehersing. Bart gets a little too into character and chokes Jerry to death. To cover up his crime he chops up the body and dissolves most of it in acid. The police stop by to question him about Jerry's disappearance, but they find nothing amiss. They begin to leave. As they leave one of the police notices Bart's ice bucket which contains Jerry's undissolved head.