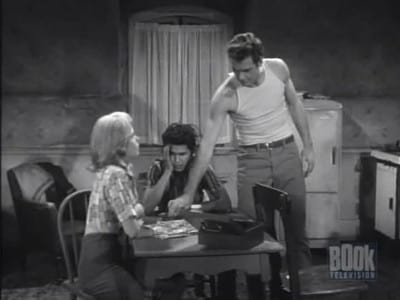 Dora baby-sits for a wealthy F. Hubert Fellowes. She plans to rob him with her boyfriend Mike and his buddy Gino. The three carry out the robbery, but as they are about to leave Fellowes returns and tries to stop them. He is shot and killed. The three make off with $32,000. A hitman named Murphy tracks them down and kills them. Fellowes was a big-time gangster and the mob sent out a hitman for revenge.