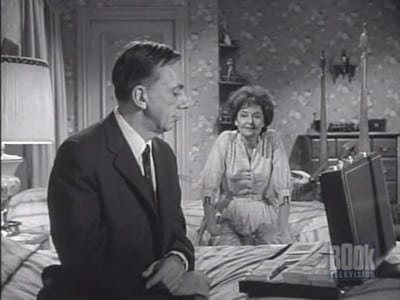 On Miles Cheever's last day of work, he is given a retirement party. When he comes home, his wife tells him that he deserved more for fifteen years. Mile's agrees and that night goes to ofice and robs the safe. Intending to leave his wife, he heads to the airport where he is met by his girlfriend. A stewardess, however, tells Mile's to put his suitcase in a rear storage compartment. Though the suitcase contains the money from the office, Miles reluctantly agrees. Later as he waits on the plane, he learns that a bomb threat has been called in. Since the police are searching the bags, he worries that he will be caught. What he doesn't realize is that his wife called in the bomb threat. She knew he was having an affair and called the threat in so he'd get caught.