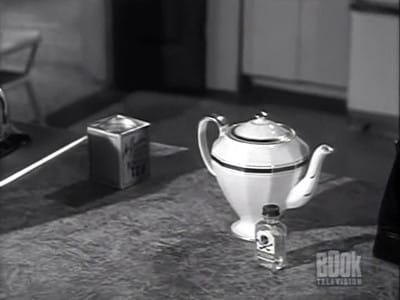 Claude is cheating on his wife Clara with Clara's best friend Margo. Since Clara has been having problems with Claude, Clara asks Margo for advice. She wonders whether she should maker Claude the president of the company she knows. Clara tells Claude that is wife is going to divorce him. Since he will be left broke after a divorce, Margo suggests that Claude kill his wife. Claude tries to, but has second thoughts. Later she tells Margo that he will hire someone to do it. Margo decides to kill Clara herself. She offers Clara poisoned laced tea. Clarea drinks it and dies. A man named Weeks arrives and Margo pretends to be Clara in an effort to get rid of him. The man says he is here to collect an envelope with two thousand dollars in it. She gets the envelope and then kills Margo thinking she was Clara. Weeks was the hitman hired by Claude to kill his wife. The two thousand dollars was his payment.