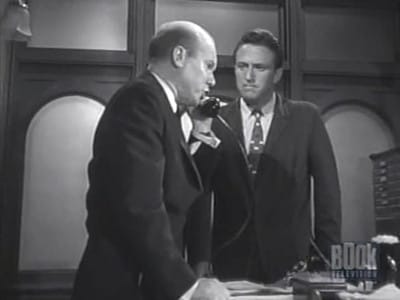 Marvin Foley is trying to arrange a burial for his late partner. He approaches a mortician, Amos Duff, and asks for advice. Since Amos's business is in need of money, he recommends the costly Class A service. Marvin, however, rejects the idea preferring a cremation without the Class A treatment. Later Amos discovers signs of foul play in the death of Marvin's partner. He approaches Marvin who agrees to buy a Class A funeral if Amos keeps his mouth shut. After the cremation, Marvin refuses to pay and tells Amos that nothing can be done since all the evidence was just destroyed. Amos, however, has kept one crucial piece of evidence: the fire-proof hunting buller Marvin used to commit murder.