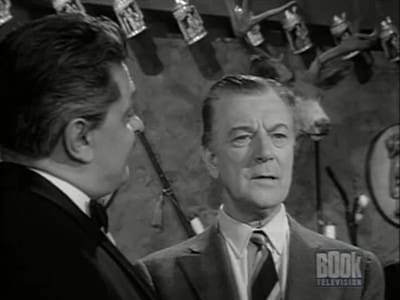 Alan Chatterton, an unsuccessful writer, sends successful author Ralston Temple a letter along with three sample chapters from his novel in progress. Alice, Temple's secretary, convinces her boss that the chapters are good and that he should meet the writer and perhaps give him money to finish his book. Temple agrees to meet Chatterton, but finds him an obnoxious boor. Nevertheless he gives him a six month loan. Six months later, Temple continues to fund Chatterton even though the book is not completed. Chatterton shows up again and asks for a thousand dollars so he can get married. Temple gives into the request, but later finds Chatterton partying in an expensive restaurant. Temple confronts Chatterton and rips up their contract. He then goes on vacation. Later, Alice tells Temple that Chatterton has finished his book. It is a best-seller and is going to be made into a movie. Temple shows up at a store where Chatterton is autographing his book. To Temple's surprise, Chatterton gives h