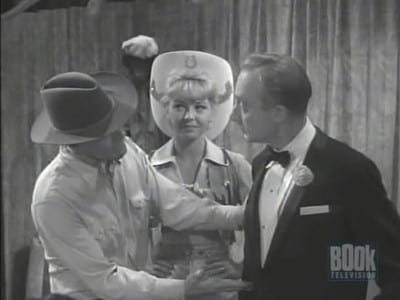 Leo Torbey works at a carnival and awakes one day after a night of drinking to discover that he has bought a strange monkey for his sideshow. The monkey is actually a dwarf named Maria who draws protraits of people while disguised as a monkey. Maria falls in love with Leo which causes problems with Leo's wife Carol. When Leo is away, El Magnifico tries to seduce Carol. Maria draws a picture depicting Carol and El Magnifico in an embrace. Seeing the picture, Leo accuses Carol of cheating on him. She leaves after an angry denial. Finally having Leo all to herself, Maria confesses her love for Leo. Angrily Leo spurns her affections and sells her to another carny named Benny. Leo writes to his wife begging her to return. Unfortunately Leo is killed by an angry Benny who was driven to a murderous rage after he saw a drawing of Maria that showed Leo and Benny's wife in a romantic embrace.