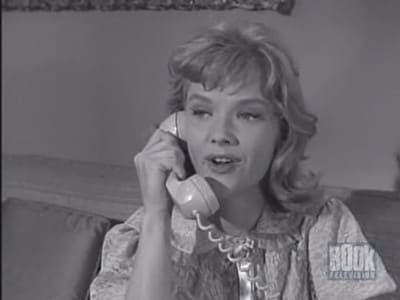 When her husband Marco tells her that he is working late again with his brother, Julia Reddy is angry. Later when she hears a noise she calls the police. The police think its a false alarm, but she gets an idea. She calls a detective and asks him to search the house. When the detective arrives. She tries to seduce him. Marco arrives, but when he sees the pair he doesn't get jealous. He tries to run away. The detective apprehends Marco and Julie discovers that Marco and his brother have been robbing warehouses at night. Her unwitting trick on her husband has gotten him arrested.